WHAT TO SEE - Hermitages 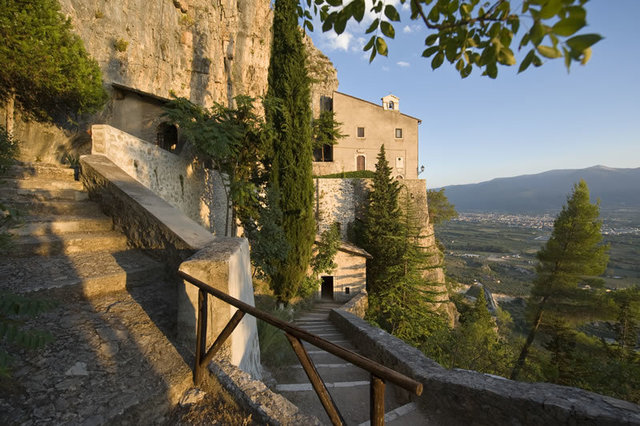 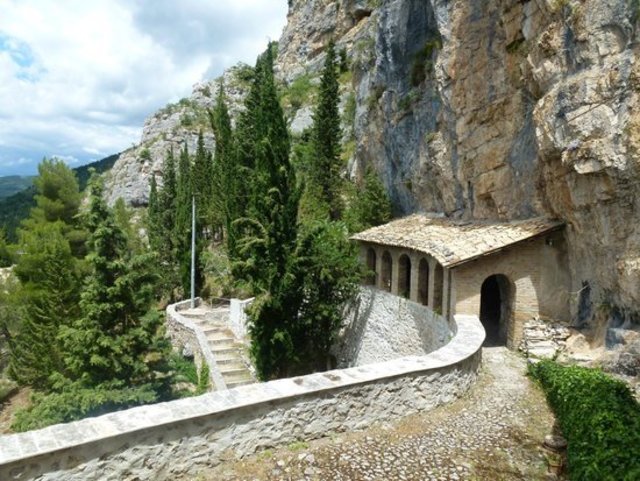 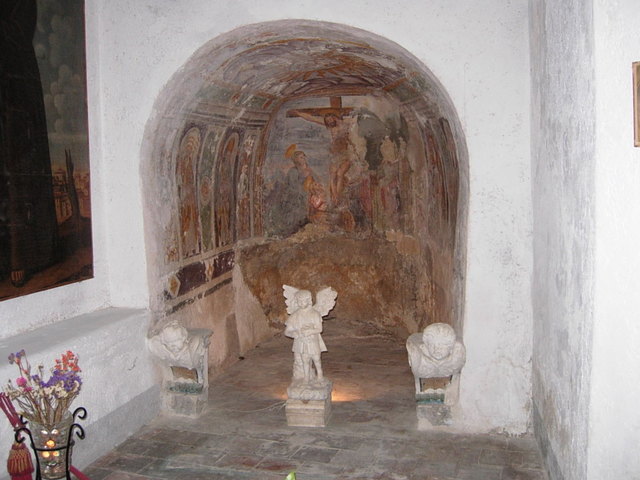 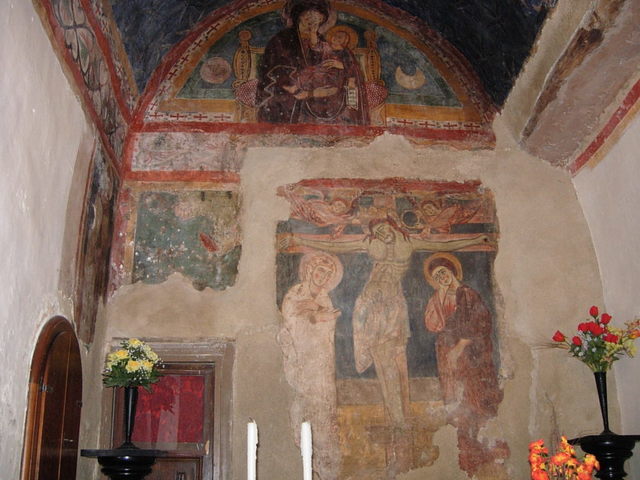 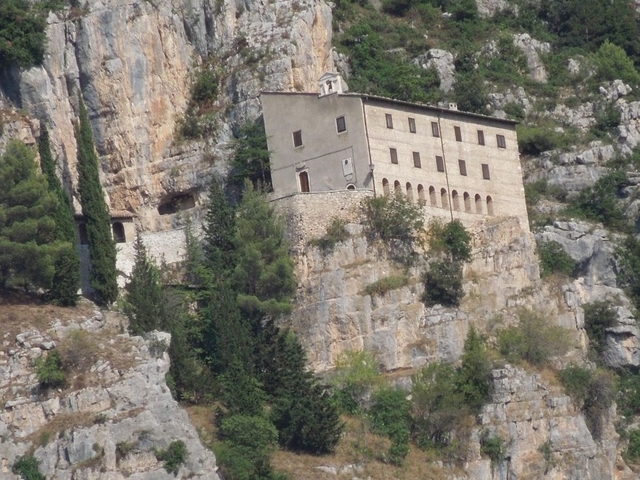 
The hermitage was founded in 1293 by Fra’ Pietro Angelerio, the future Pope Celestine V, who dedicated it to the hermit St. Onofrio. The hermitage of the Morrone is located at a height of 600m, up on a steep rock wall that overlooks the Peligna valley, but is easily accessible with a 20 minute walk up a path.


The story of the little hermitage is strongly linked to that of its founder.  The saint, returning from his isolation in Orfento in 1293, spent a little over a year in this harsh and lonely place, until in August 1294, he was reached by the five legates of the papal conclave including King Charles II of Anjou and his son Charles Martel, who told him of his election as pontiff.


Probably sometime before the era of construction of the hermitage, Fra' Pietro spent time in the area, where he found refuge in a cave. He also returned here after the renunciation of the papacy, but only for a short period of time, until  his escape in February 1295.


The hermitage was abandoned with the abolition of the religious order in 1807 even though it continued to be used occasionally by various hermits who took care of it. The complex was severely damaged in 1943 during World War II and then later restored. The later reconstruction, kept the floor plan intact but radically changed the external appearance.

Despite the restorations, the hermitage has maintained its fascination as a harsh and inaccessible place. A short porticoed passage leads into a little square that in turn leads to the church. Inside the remains of frescoes are preserved on the walls depicting Christ with John the Baptist and, below, devotional paintings from more recent times. Until 1884 there was triptych panel from the 15th century, depicting St. Onofrio, St. Peter Celestine and the Blessed Roberto da Salle who, according to biographers of Celestino was his favourite disciple. Also worthy of note is the wooden ceiling from the 15th century.

On the back wall of the church facing the entrance, there is a small chapel or oratory with frescoes attributed to a certain Magister Gentilis, perhaps from Sulmona and a contemporary of Peter Celestine. These frescoes depict the Crucifixion with the Virgin and St. John the Evangelist. In the lunette above a Virgin and Child is painted on a blue background. In the entrance there are lunettes depicting St. Benedict between the Hermit Fathers Mauro and Antonio. The ceiling is covered with a barrel vault painted in blue and decorated with eight-pointed stars. On the left-hand wall we can see another fresco from the 14th Century which portrays Celestine in a monastic outfit with a white cape, the papal crown and the palm of martyrdom. At the centre is an ancient altar simply made of stone carved with a rough crucifix. According to tradition, the altar was consecrated by Celestino V during a Mass which he celebrated here in papal clothing before going to Naples.

On the right of the chapel there is a corridor of cells, including those of both St Peter Celestine and of Roberto da Salle, which, together with the oratory, form the original settlement. At the end of the corridor there is a recess painted with a frescoed crucifixion scene and, on each side, two pairs of saints including St. Peter Celestine depicted with his pontifical clothes and crown. The top floor can be reached via a staircase on the left. Here there are other service rooms and a panoramic terrace. During pilgrimages, or as part of a religious event, the faithful often threw stones from here to symbolize their estrangement from temptation.

In the area below the hermitage there is a small cave carved in stone, in which almost certainly the saint retired in prayer and where even today the faithful practice "strofinazione" - a type of ritual bathing using dripping water with the intention of curing ills.